Get me outta here!

I don’t know when,

I don’t know why,

I don’t even know how,

but something has changed.

My never ending pile of work has not changed,

My relationships have not evolved,

My family remains the same,

but something has changed.

My face has ceased to  burn inside,

Tears aren’t being forced back,

The fears of disappointment have dissipated,

My shoulders are as light as feathers,

My chin is reaching for the sky,

My smile is stretching to my ears

I know what I can do.

I know what is important to me.

That is what has changed. 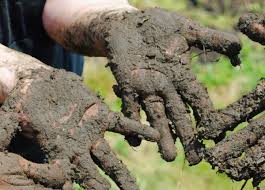 into the mud puddle.

over the snack table

saying I am full.

in the sand box

running from the bugs.

struggling with a snap.

food down their throat.

With the currents of the ocean.

The protection of the vibrant coral.

A cloud of bubbles

I slowly move away,

Of the humorous pale creature.

With the currents of the ocean.

It may be hard to believe by the end of this post, but I was a really good student. I promise.  I was always kind to my teachers, verging on sucking up. Well, let’s be honest, I was the biggest brown-noser in town.  I did pretty well in class. I worked hard. I cooperated with my peers.  I pretended to be interested in most subjects. I did almost all of my homework. And I never skipped a class. Well, unless you count the last day of high school. I had to break the rules once.  All of my teachers saw me as the “good student.” All but one, Mr. Boland.

I don’t know what it was about Mr. Boland, but he brought out the worst in me. He was lucky enough to have me for two classes in one semester. This meant that I spent almost half my day, every day for about four months with Mr Boland, the teacher with the crooked mustache. The one with the sweaty pits. The teacher that always left his binder on his desk with a year’s worth of tests just calling my name. The binder was dangerously close to my desk and Mr. Boland left the class all too often. What was I to do? Steal them, of course. At first, I just took the first two tests, but from then on, I always made sure that I was one test ahead. He never once suspected sweet and innocent me.

As the year went on, I became good friends with a girl named Monica. Mr. Boland had the joy of having her for both classes too.  Mr. Boland warned me, “Shannon, Monica is a bad influence on you!” He was probably right because after spending time with Monica I started causing trouble, just in his class though. I played tricks on him, whispered while he taught, but mostly I just made him crazy. Strangely enough, he never seemed to get mad at me, and he always had a hard time hiding his smile.

There is one day in particular that I remember vividly. Mr. Boland asked me to get my Law textbook out of my school bag, but I told him that I had left it at home. Which was of course was a lie because it was sitting in my locker on the third floor. He said he didn’t believe me and proceeded to shake out all of the items hiding in my deep dark bag. Horrified, I immediately jumped up, shouted and fell to the floor trying my best to conceal the contents of my bag with my body. He placed his foot (don’t panic, it was really gentle) on my back and stepped over to the other side. Needless to say, the other students in the class were shocked. It looked liked he crushed me and I am sure that my screams probably helped with that illusion. I gathered the spilled contents and threw them rapidly into my school bag. Mr. Boland kicked me out of the classroom. Literally, he pretended to boot me with his shoe.  He moved my desk outside, threw down a text book and told me where to read. I slowly, oh so slowly, dragged a chair outside to join the desk. Of course I didn’t take him seriously. Once outside and Mr. Boland got back to teaching, I lifted the desk and moved it in front of the class window. I proceeded to wave at Mr. Boland and smile! When he came to the door I hurriedly moved the desk back to its original spot and pretended to read. After following this routine a few too many times,  he told me to come back inside and sit at my own seat and behave.

“What was that? You are sending me to the closet? Fine then,” I said.

“Yes! You go to that closet and you aren’t coming out!” he responded.

On my way in, I noticed that there was a lot of masking tape on the closet door. As he shut the door and locked it with a key, I began to take the masking tape off the door and put a big piece over my mouth and quite a bit around my wrists.

After a few minutes had passed, Mr. Boland opened the closet to find me covered in tape. The astonishment on his face was priceless. The shock grew when I ran out of the classroom shouting a muffled “Mr. Stafford! Mr. Stafford, look what Mr. Boland did to me!” as I proceeded in the direction of the vice principal’s office.  Before I got to the end of the hallway Mr. Boland shouted “Shannon, please!” and I returned to my seat, removed the tape and then the bell rang.

I don’t know what it was about that Mr. Boland, but he just made it so easy and fun to misbehave. It’s worth noting that Mr. Boland retired after his very memorable year with me. I hope that I provided some comic relief to his last year, but I suspect that I brought misery. I wish I could find Mr. Boland to apologize for all trouble I caused him but this public apology will have to suffice. For now.